Chronicle Journalist
PRESIDENT Mnangagwa blasted the US for its “disturbing streak of selfishness and coercive diplomacy” demonstrated by its latest decision to introduce legislation to monitor activities in Africa. The United States is seeking to pass legislation to counter Russian activities in Africa by tracking its military operations, investments, oligarchs and suspected illicit financial flows.

This is partly because more than half of African countries have opted to remain neutral on United Nations resolutions on Russia’s special operation in Ukraine.

Through the Combating Malicious Russian Activities in Africa Act, the United States wants to “hold to account African governments and their officials who are complicit in aiding” the influence and activities evil” of Russia. 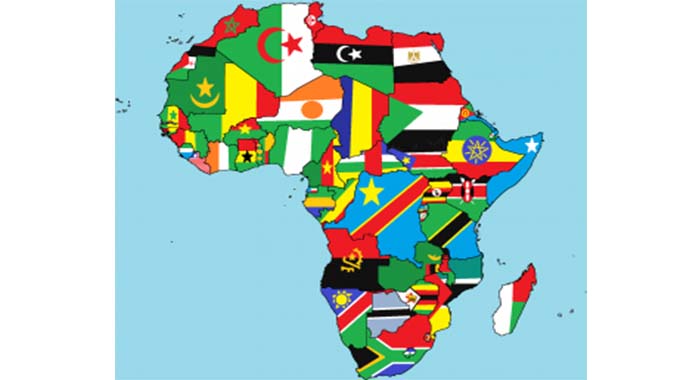 It has not yet been promulgated.

The law will require the U.S. Secretary of State “to develop and submit to Congress a strategy and implementation plan outlining U.S. efforts to counter the pernicious influence and activities of the Russian Federation and its representatives in Africa”.

The bill broadly defines such malicious activities as those that “undermine the purposes and interests of the United States.”

The secretary of state should monitor the actions of the Russian government and its “proxies” – including private military companies and oligarchs.

The bill, sponsored by Republican Gregory Weldon Meeks, who chairs the House Foreign Affairs Committee, will require the State Department to send Congress an annual report on US measures to counter Russian “machinations” in Africa.

Writing in his weekly column in sister newspapers the Chronicle, Sunday News and the Sunday Mail, President Mnangagwa said that through this law the United States is coercively seeking to legislate for Africa in accordance with its own whims. and interests.

“There is a disturbing streak of selfishness and coercive diplomacy that is exemplified by Washington’s latest excessive legislative gamble called the Countering Malign Russian Activities in Africa Act.

By this act, the United States of America coercively seeks to legislate for an entire continent, in accordance with its own whims and interests,” he said.

“The Illegal Act flattens an entire continent to a mere appendage of America.

In the eyes of the United States, our nations are not independent and have no right to have relations with other nations of the world as they see fit or in pursuit of their national interests.

President Mnangagwa said the last time America attempted this was in 1901 when it passed the Platt Cuba Amendment which then enjoined that government “never to enter into a treaty or any other pact with a foreign power or powers”.

“To imagine that the government of the United States, through its legislature, is considering another Platt Amendment for an entire African continent is just incredible,” President Mnangagwa said.

He said the world is witnessing a race towards militarization through antagonistic and conflicting blocs that undermine world peace in violation of the UN Charter.

“Whether in the Pacific region, the Americas or Asia, we are witnessing a race towards militarization through antagonistic and conflicting blocs which undermine the world peace guaranteed by respect for the international principles enshrined in the Charter of Nations. United Nations,” the president said.

“In all of this, there is a clear attempt to threaten and objectify Africa, the only continent with abundant resources, and still committed to multilateralism under the recent African Continental Free Trade Area (AfCFTA). “ President Mnangagwa said that given the unjust US Zimbabwe Democracy and Economic Recovery Act (ZDERA), Zimbabwe is best placed to warn the world against this insidious encroachment on national and continental sovereignty by powerful states seeking to go too far under fragile appearances.

When the United States Congress passed the ZDERA in 2001, it imposed economic sanctions on Zimbabwe, as did the European Union, Australia, New Zealand and Canada.

The law would have provided for a “transition to democracy and the promotion of economic recovery”.

But contrary to the bill’s stated mission, ZDERA has unleashed untold misery on the people of Zimbabwe by crippling the government’s efforts to revive the economy.

President Mnangagwa said the same global narrow-mindedness manifests itself when it comes to global economic affairs.

“Under many different synonyms – re-shoring, on-shoring, in-shoring, back-shoring or near-shoring – the major economies that historically preached and sold us the wonderful benefits of globalization are now giving their backs to the global trade, thereby undermining international trade and the collaborative ethic that underpins global peace and solidarity,” President Mnangagwa said.

“The economic correlate of armed global blocs are those exclusive and exclusive economic blocs that also become fortresses against international trade and impose collective economic sanctions on countries whose blocs dislike or challenge politics.”